Modern industrial processes, agricultural practices and domestic waste result in all sorts of chemicals getting into our rivers and streams. Nutrients like nitrogen and phosphorus can cause algal blooms and eutrophication, leading to severe reductions in biodiversity.

Medicines can have all sorts of unexpected effects on aquatic animals. For example, metformin (a medicine commonly used to treat diabetes) changes the hormone levels in fish, causing disruption of the development of their sexual characteristics, so that some fish have both male and female organs.

In addition, there are all sorts of other chemicals which we use which end up in freshwater. One of those is CPC, or cetylpyridinium chloride, to give it its full name. It has antiseptic, antibacterial and fungicidal properties, so it is used in a wide variety of products. You find it most often in mouthwashes, but it is also used in deodorants, shampoos, toothpastes, and dental plaque inhibitors. It is even used sometimes to reduce microbes in food products.

It is completely safe for human use (at normal doses), but that is another story when it comes to fish (and probably other aquatic organisms, although less is known about that). Because it is used so widely, quite a lot goes down the drain. Some water treatment plants remove almost all of it, especially those with UV-C treatment facilities. However, not all (especially smaller) treatment plants have that capability. In some areas, up to 50 µg/liter is found [1] in the water. That is enough to kill some invertebrates outright [2]. 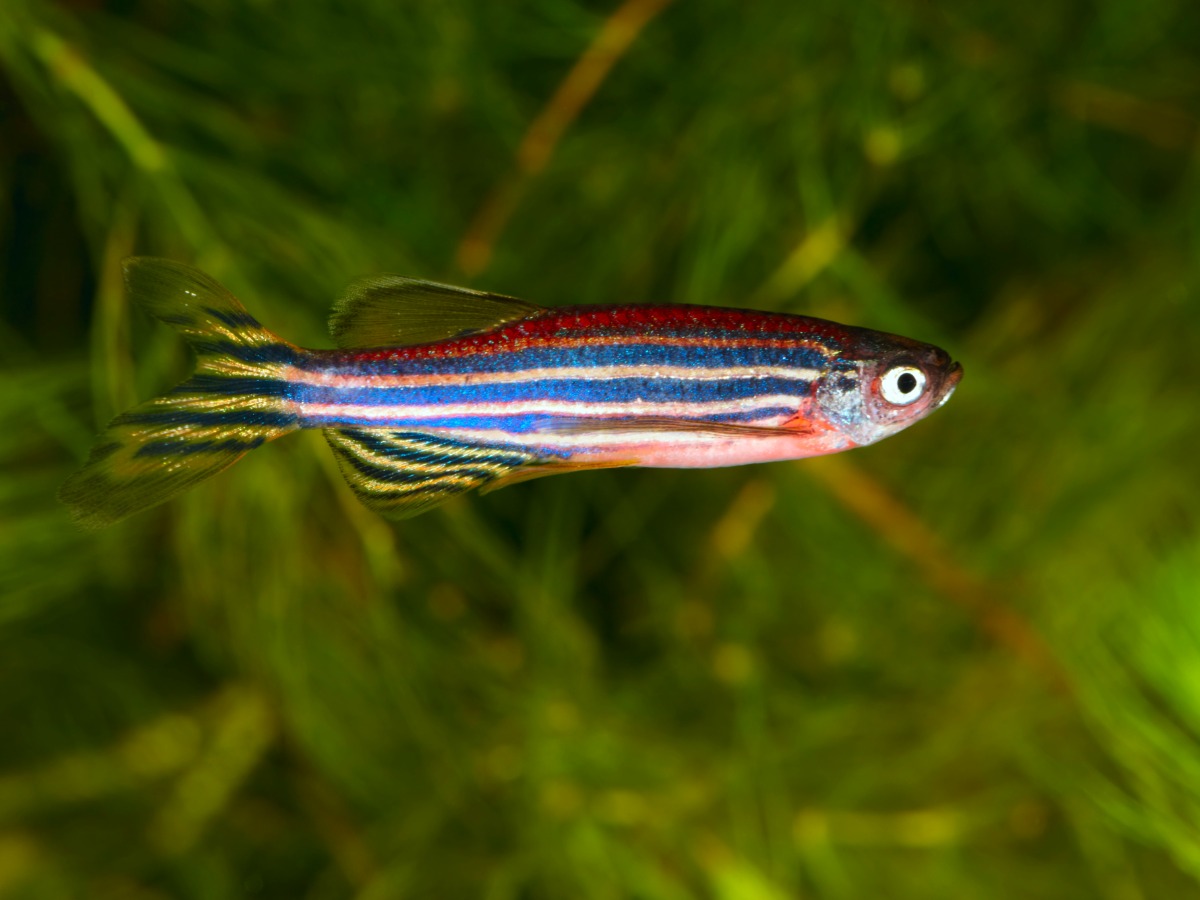 Kejung Dong and her colleagues [3] investigated what that sort of concentration (and lower) does to fish. They used zebrafish (Danio rerio). Zebrafish is a model species used in all sorts of different experimental paradigms, so a lot is known about it. The fish were placed in clear water with 10 and 40 µg/liter of CPC in it for only four days. They also looked to see if the effects were different for juveniles and for adults. Although they only used three replicates per treatment, they still got very significant results. 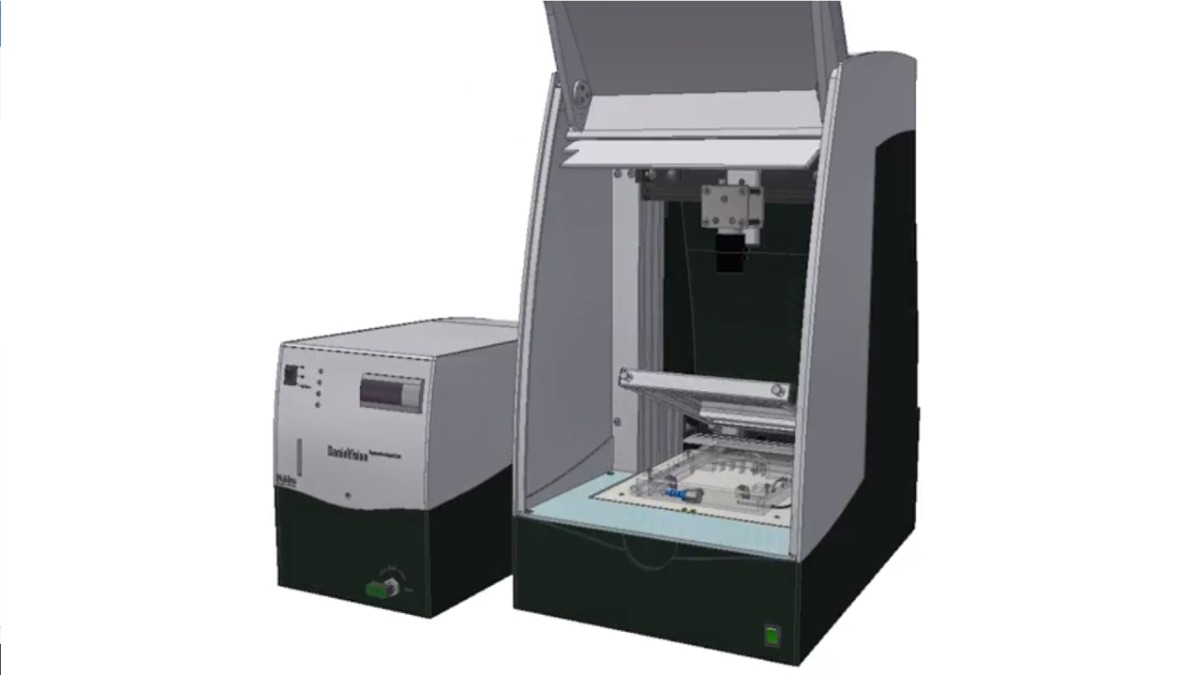 Firstly, they looked at the behavior of the fish. Their experiments were carried out in a special chamber called DanioVision and measured using EthoVision XT software, both from Noldus. That setup provides accurate measurements of how the fish move and behave. The behaviors measured were locomotor activity (using EthoVision's Mobility parameter) and shoaling (defined as all five individuals staying within a circle of 7 cm diameter) as well as other measures of social activity like frequency of body contact and the average distance between individuals.

The CPC decreased the locomotor activity of the fish (how much they moved), and it also decreased their social interactions.  There were effects on body contact, distance between the fish and shoaling. The juveniles were more sensitive to the CPC than the adults. 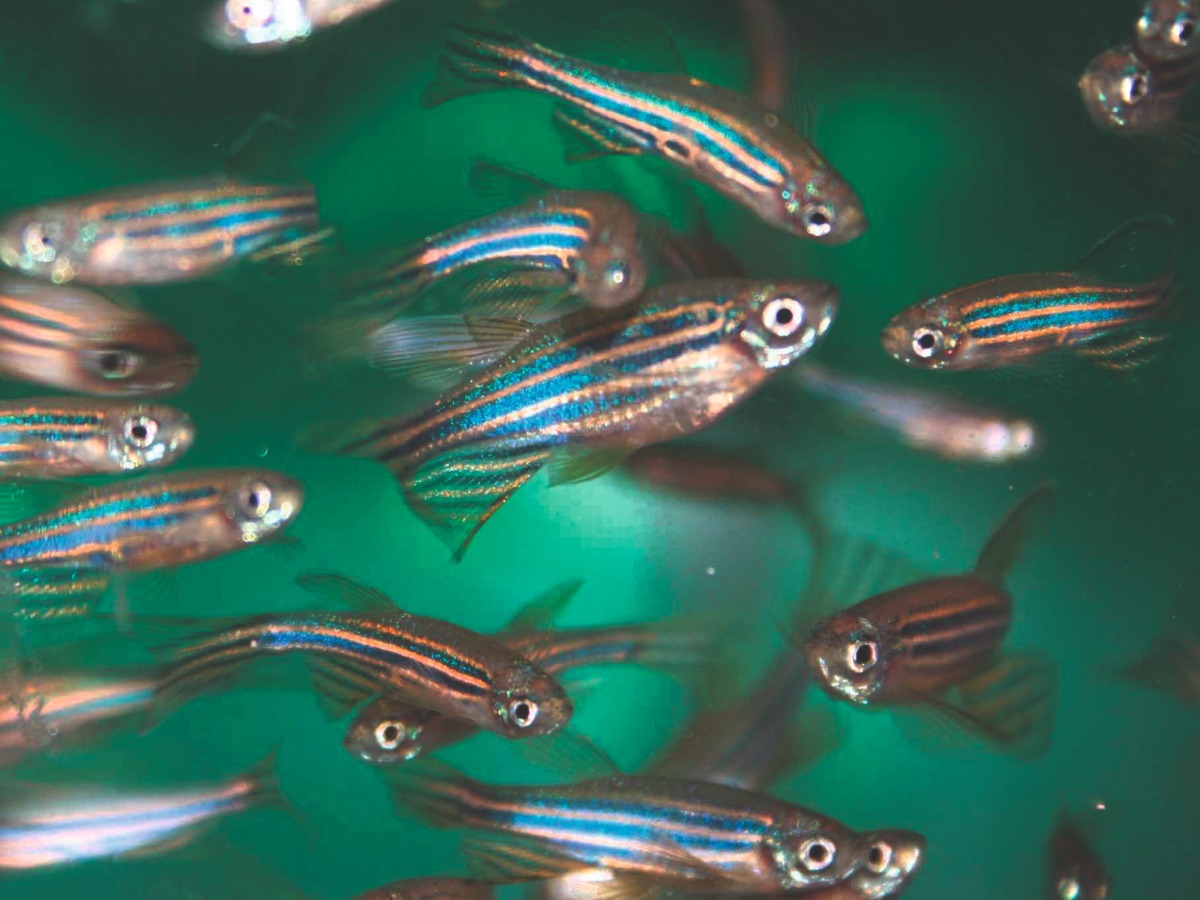 Dopamine is important in reward, motor and memory functions. Anticipating a reward causes dopamine to increase, and many addictive drugs work by affecting dopamine. Dopamine signals the desirability of a given outcome, which propels the animal's behavior towards achieving that goal.

When the juvenile zebrafish were exposed to CPC, the dopamine activity (DOPAC/DA ration) significantly decreased. The adults didn't show an effect.

Serotonin controls fighting behaviors (aggression, threats, etc; agonistic behaviors), stress responses and social behaviors like shoaling. The serotonin turnover was significantly reduced in the adults when they were exposed to CPC.

The importance of investigating the effects of chemicals on fish behavior

The study by Kejung Dong and her colleagues [3] was the first to show that when fish are exposed to CPC at the sort of concentrations that might typically be found in the environment that they show both behavioral changes and that those can be explained by changes in neurotransmitter levels.

Would those changes in behaviors affect the fish? Shoaling is an important behavior for fish to resist predation and locomotor activities are essential for all sorts of activities like feeding, spawning, migrating and avoiding predators. Vulnerable juvenile fish are worse affected than adults. If those behaviors are negatively affected, then that will certainly have negative affect on the fish populations - and therefore on the whole aquatic ecosystem.

Traditionally, environmental impact of chemicals is assessed by simple toxicological tests of how much of the chemical is needed to kill an animal (LC50 tests).  This study clearly shows that this can be far too simplistic approach and that, if you really want to understand the effects of a chemical on an ecosystem, then it is also necessary to look at how it affects key aspects like the animals' behaviors.

Request a free demo for your zebrafish research.

Want to learn more?
Download the white paper on zebrafish and learning paradigms!

Stress might seem like a bad word, but it does have its perks. A recent study by Rodrigo J. De Marco uncovered the role of the pituitary in zebrafish larvae behavior after the onset of stress.

Sex preference and other social aspects of zebrafish behavior

Social behavior is a well-known topic of neuroscience research, since it is so often affected in psychiatric disorders. Think of obvious examples such as schizophrenia and autism.

How to measure complex exploratory behavior in larval zebrafish

Behavioral tests as the open field may overlook complex patterns of behavior. Today our guest bloggers explain about a new set-up for zebrafish larvae.